Warm welcome for TMG at Chamber

The Maritime Group (International) has extended its reach with membership of the UK Chamber of Shipping.

It has joined the leading trade organisation as it continues to expand with new business and offices worldwide. 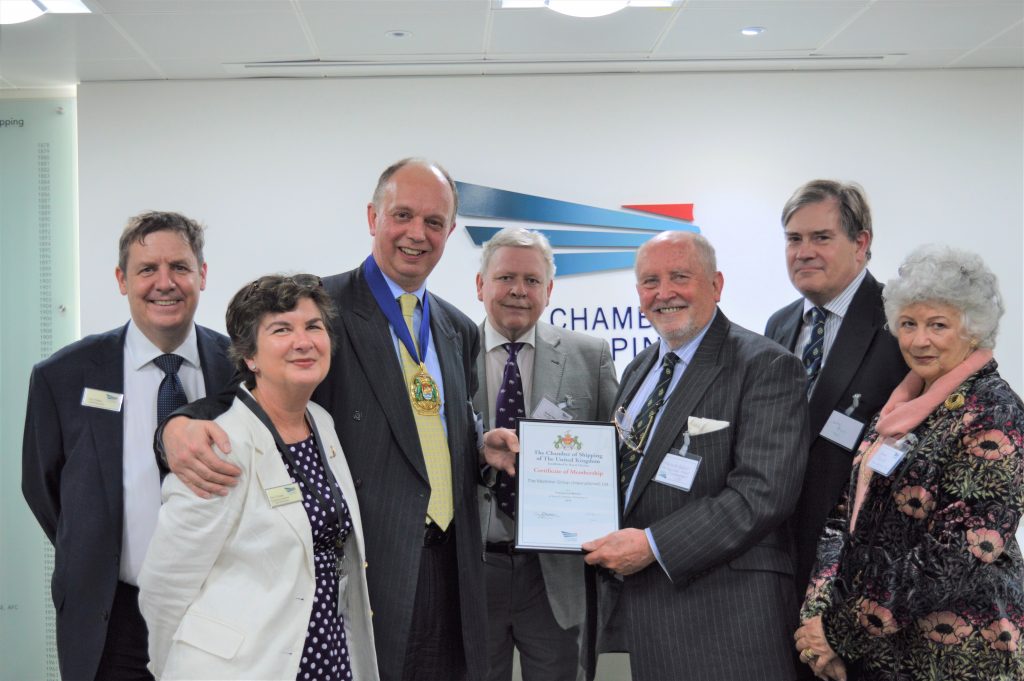 Malcolm said: “The UK Chamber of Shipping has a long history and an excellent reputation and shares many of the same values as TMG. We are proud to have become members.”

“TMG has a very well established London office and we look forward to working closely with the Chamber and fellow members both in business and to promote the best interests of UK shipping.” 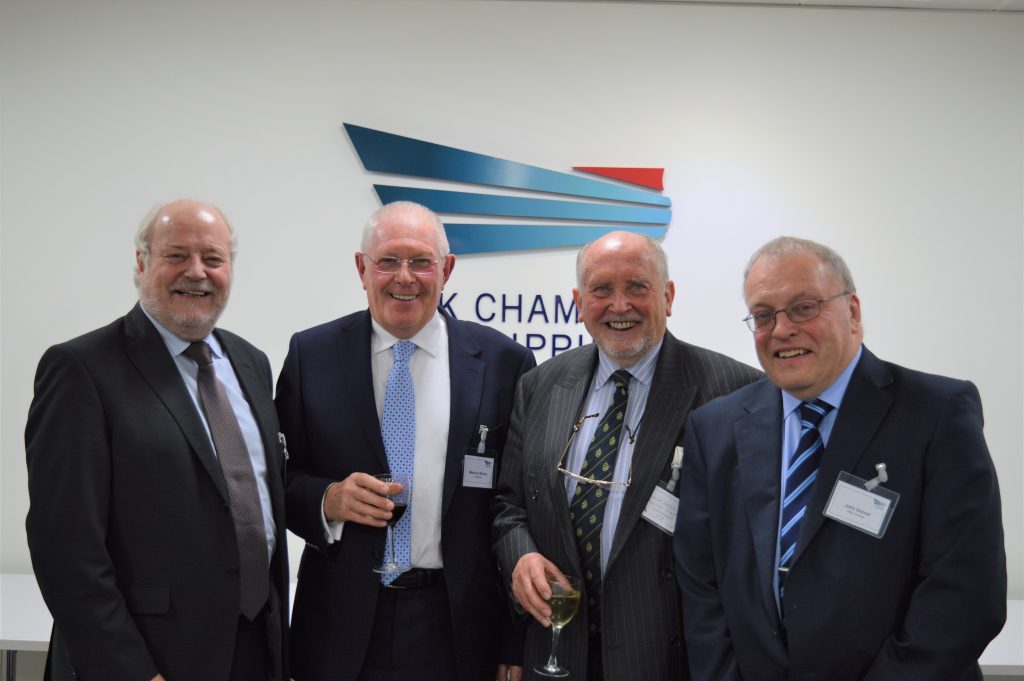 Malcolm also had the opportunity to renew old acquaintances at the annual meeting. He met with Captain Kevin Slade, who is Chairman of the MN Training Board, Captain John Garner, who is Operations Director of P&O Ferries and Maurice Storey, who is Chairman of Evergreen UK and a former Chief Executive of the MCA.

Maurice was Ship Manager of Sea Containers in the late 1970s and throughout the 1980s when Malcolm was a Senior Master. Both Kevin and John served as Malcolm’s Chief Officers.

TMG continues to grow after recently opening its TMG (Asia) office in Singapore. It has international reach with its headquarters in Seattle, USA, and regional offices in London, Honolulu and Singapore.

The UK Chamber of Shipping is the trade association and voice of the UK Shipping industry.

It works with Government, Parliament and international organisations to champion and protect the industry on behalf of its members.

It has more than 180 members including shipowners, professional organisations and service companies

The Chamber is also home to the Merchant Navy Training Board (MNTB), the shipping industry’s central body for promoting and developing seafarer education, training and skills across specific industry sectors.